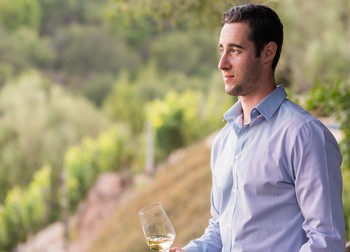 Michael attended Santa Clara University in California and received a Bachelor of Science degree in Business Marketing, along with a minor in Entrepreneurship. Just before graduating, Michael enrolled in the International Culinary Center in Campbell, CA and graduated with his Second Level Sommelier Certification.

In 2015, Michael moved to the Napa Valley to work full-time as Director of Marketing for his family's winery, Patland Estate Vineyards. In 2017, he was appointed to the Board of Directors of NG: Next Generation in Wine and is now Vice President of the organization. Since then, Michael has also become Wine Director for several Bay Area restaurants. He has been invited to speak as a keynote panelist at several colleges, and today he is the Founder of The Hidden Gallery ~ Napa Valley.

Jay attended Santa Clara University in California and received a Bachelor of Science degree in the combined disciplines of Chemistry, Biology, and Physics. After graduation in 1996 he returned home to the Napa Valley where intense home winemaking coupled with Enologist duties at The Hess Collection Winery fueled a passion for the art and science of wine.

Starting in 1999, Jay’s winemaking skills have been directed toward his role as Winemaker at Buoncristiani Family Winery as well as being the hands-on Consulting Winemaker for a select few additional wineries, including Krupp Brothers, Patland Estate Vineyards, and now The Hidden Gallery. Jay’s wines have earned high regards from the wine industry’s foremost critics, garnering a multitude of wine scores in the 90s and great achievements such as being named “Rising Star of Napa Cabernet” by the Wine Spectator, # 25 in the Top 100 wines of the world from Wine Enthusiast, and a 98 point rated wine from Robert Parker’s Wine Advocate where Parker called Jay’s wine “truly magnificent.”